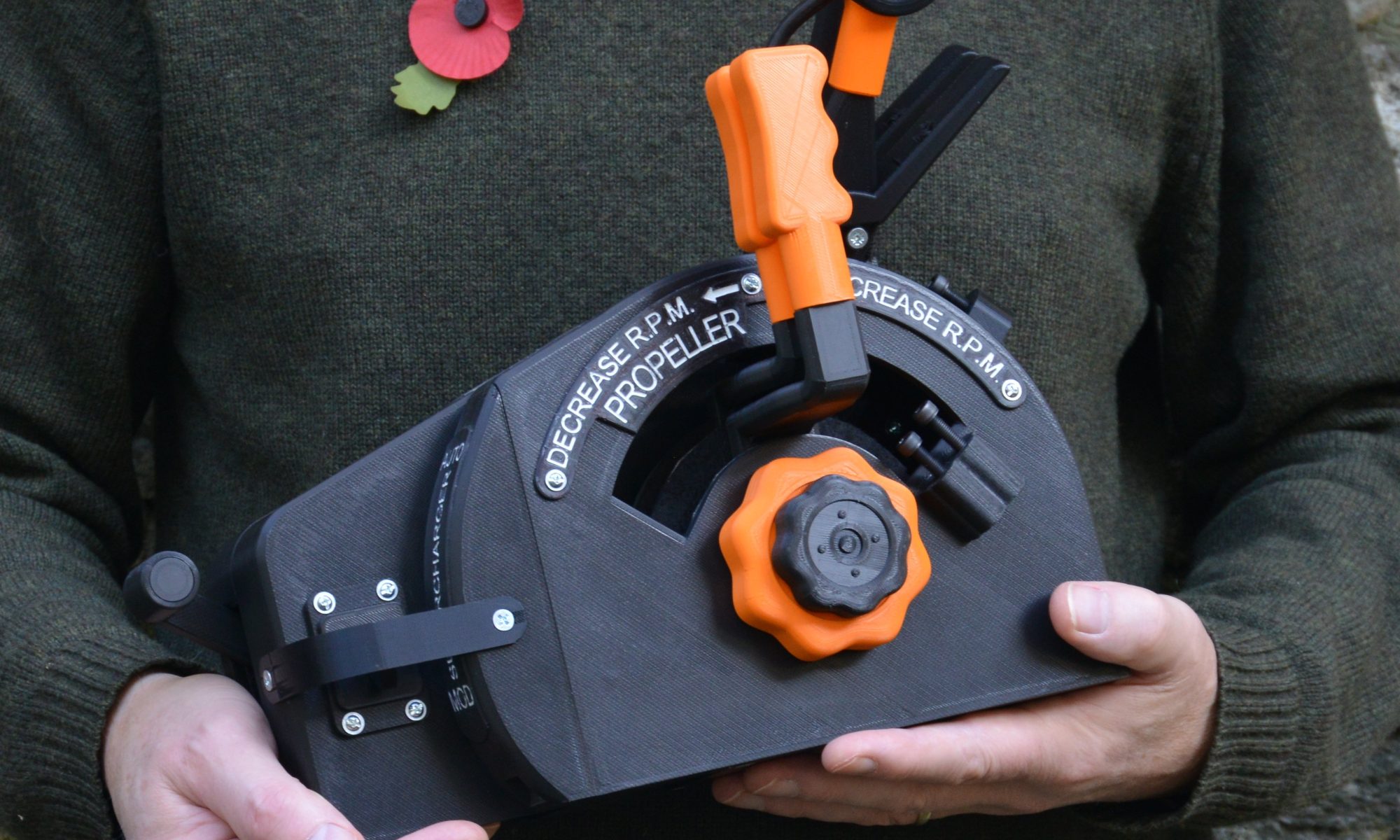 On Friday 11th we were very proud to release our first Mosquito flight control. This really is a magnificent piece of engineering and is the result of a collaboration between several community members over more than 12 months. The primary designer was Harry Armstrong ably supported by Dennis Wierzbicki who managed to set up a great relationship between AuthentiKit and AV Specs in New Zealand, a world renowned authority on the Mosquito. At the crucial stage of testing and documentation Saladin_Wolf (Discord name) stepped in to finally help get this project over the line.

A Twin Engine first for AuthentiKit

Yet again we have a project that is pushing the boundaries of the AuthentiKit modular flight control system. It’s our first dual engine unit but compatibility with our hub system is of course assured. With two inputs, the first goes to the H2 throttle input on the universal hub with no wiring changes needed and the second goes to the new H8 engine two input. We’ve now actually achieved maximum capacity for the Universal Hub Version One however in the near future we intend to increase capacity for 20 more inputs.

Harry is actually already well progressed on more Mosquito controls and you can look foreward to the elevator trim wheel in the near future followed by flaps, rudder bias and more. 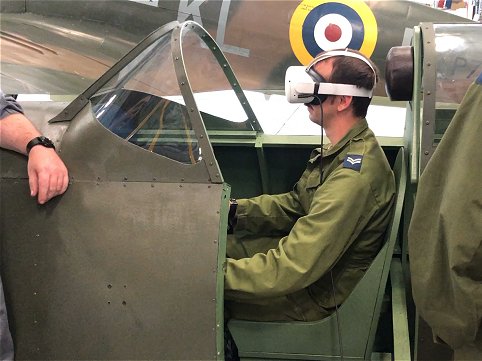 The Battle of Britain Memorial Flight (BBMF) has the responsibility within the Royal Air Force of maintaining in airworthy condition some of the United Kingdom’s most precious aircraft. P7350 is one such example, described by Squadron Leader Andy Millikin in the 2018 film Spitfire as “in my opinion the most precious flying machine on the planet bar … the Apollo 11 command capsule”. In the photo shown here you can see it alongside the BBMF’s latest cockpit, a Spitfire MkIX VR simulator being tested by Cpl Rich “Boycey” Boyce.

AuthentiKit is both proud and honoured to have supported the RAF over the past few months, working with Boycey and his team to create this simulator using AuthentiKit controls. On one of my visits to RAF Coningsby, home of the BBMF, I took along Steve Walton known to many as VR Flight Sim Guy and you can see him here in the Spitfire simulator.

The aim of the simulator is twofold. Initially it was to offer the public a chance to experience flying a Spitfire at BBMF airshows however once it started to take shape in the BBMF hangar it soon attracted the attention of the pilots of the RAF display team. This led to a secondary role as a training aide both for Spitfire familiarisation for new Spitfire pilots and potentially for practicing airshow flyovers.

This was a very exciting development as it created an additional imperative to ensure that everything was in exactly the right place and felt just right. Fortunately that has always been an important aspect of AuthentiKit and so the main focus of effort was then adapting the controls to fit the cockpit shell the BBMF engineers were starting with. We also added a few touches like the instrument panel that, whilst not of immense value in VR, added hugely to the sense of climbing inside a real Spitfire.

The simulator was unveiled to the public at the BBMF Members’ Day where Spitfire experiences were offered free to attendees. Needless to say it was extremely popular and a queue quickly formed keeping Boycey and his team flat out through the day. We also set up an AuthentiKit display alongside and I very much appreciated the help of Ian Colman (who created the AuthentiKit Tuning App) as well as YouTube influencers, Mark Duff (SimHanger) and Steve Walton in setting things up and sharing the AuthentiKit story with visitors. Also thanks to Allan Hall (holding the camera!) who initially created SimKitSupplies, a business offering kits for self assembly of AuthentiKit controls.

This is a really big milestone for AuthentiKit. This amazing and highly unique flight control was entirely created by AuthentiKit community member Harry Armstrong using plugins and following the design standards of the AuthentiKit SDK.

It is a fully functional replica gun sight used in the Spitfire as well as the Mosquito Fighter Bomber as well as other WW2 RAF fighters. It allows precise setting of aircraft range and wingspan for accurate targetting.

This flight control is not only an accurate replica of the Mk II reflector sight but it uses high quality components including hall sensors to achieve smooth and precise control. In fact this aspect of the design was the easiest to incorporate as it uses a standard plugin from the AuthentiKit SDK. The MagHall 6803F is a very compact unit comprising a sealed bearing, hall sensor, cube magnet and nitrile bonded cork friction disk with simple crimped wire attachment.

The gunsight is easy and quick to assemble from 3D printed parts available as free download from download.authentikit.org. In addition to the two maghall units there are only ten other parts which simply need screwing together with a phillips head screwdriver.

If you have built any other AuthentiKit controls you will already have the Universal Hub and in order to use this gunsight you will need no additional USB cables or even circuitry. Just plug it into socket H8 of the hub.

It’s finally finished after so many months of development. There’s a lot of functionality packed into this one flight control unit which means it has no less than 5 input sockets in order to support.

As usual it is completely to scale with just minor modifications to dimensions. The only real omission is in the air section as the hot/ram air levers are missing from this version 1.

As it is to scale the most striking thing about this control is the size – as you can see below it’s a chunky piece of kit!

By combining this flight control with the AuthentiKit tuning app you can achieve perfect synchronisation between the movement of your trim wheel and the movement in sim. For more information about the tuning app see authentikit.org/tuning/

Apart from the air levers it is incredibly accurate, which is all down to the meticulous CAD work of AuthentiKit community member Stiggles who painstakingly created the source CAD for this project from original drawings. 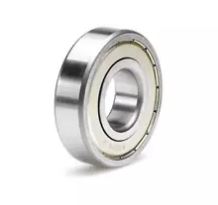 These are just right for an M4 screw and are used in the P-51D pedestal and Mosquito throttle.

The above link is for a pack of 20 but these aren’t used much. I’ve seen them on eBay at £3 for four, so assuming you may use four the individual price is £0.75

None found yet. There is probably a 2RS version that would be fine. 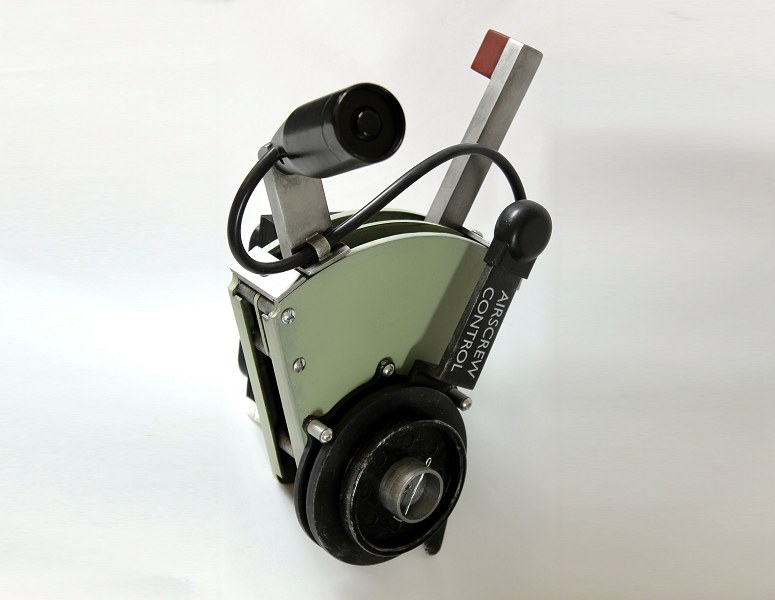 This version is fully compatible with the rig system from the prior version and in fact many components are unchanged, so if you’re looking to upgrade Version 2 to Version 3 it’s a fairly quick process and SimKitSupplies is selling a very low cost kit containing the extra parts – damper, ball spring detent etc 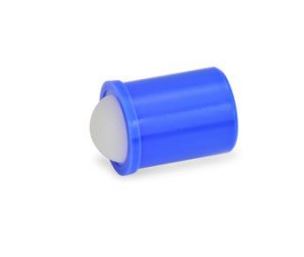 This device is used to provide detents in throttle quadrants, flap levers etc. The spec for this ball plunger is an 8mm diameter barrel. You can get these in steel and brass but the technopolymer (the ‘KD’ suffix) version is recommended to avoid excessive wear on the printed parts. For full dimensions see the link below to Berger tools and select d1=8 and KD as the material.

You can use the brass ones with a steel ball but I wouldn’t recommend it. Amazon has them and they would fit. 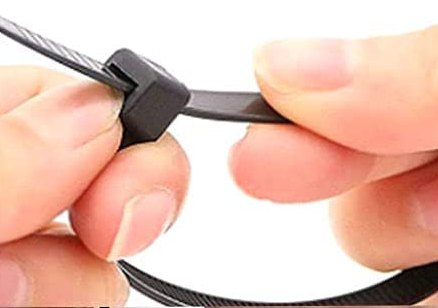 This is used in the Spitfire spade stick to group the wires emerging from the angle bracket and stop them sliding through any further into the body. 2mm or 2.5mm width is fine. They’re likely to be used again.

These things are super cheap and effectively free if you have some already. If not you can’t buy them individually. We’re only using one so far but are likely to use more. So let’s say 20p. 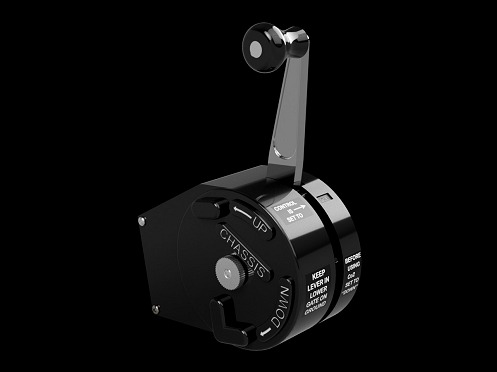 AuthentiKit is delighted to announce the release of the Spitfire chassis (or landing gear) lever. It has been a long time coming as a very functional version was being tested way back in May 2021. This control is so much the better though for the time and refinements that have happened since. Firstly the introduction of our new hydraulic damping technology has taken the tactile experience to a new level and is of course so very appropriate considering that the whole undercarriage is powered by hydraulics. Secondly, an almost disproportionate amount of development time went into the creation of an accurate hydraulic status indicator as shown below.

The first Spitfire flight control, the spade grip flight stick, was released on December 5th, 2020. In many ways this new chassis lever control is the final piece of the jigsaw as we now have a comprehensive set of the primary controls for a Spitfire pilot as shown below.

This is not to say that we are at the end of the line for Spitfire controls. The Spitfire Mk1A for example has a radiator lever and the Universal Hub has been designed with an input for this. For the Spitfire MkIX, which has no such lever, this input may get used for a fuel selector or coil boost/start buttons. Also, once the Universal Hub is upgraded to version 2 then many other inputs become possible.

The plan for 2022 is to mobilise the freeware developer community by publishing a series of SDKs which will make it very simple to build a wide range of replica controls by reusing the components which have been developed so far for levers/switches etc. This should hugely increase the rate of development of AuthentiKit controls. Magnetos, radios, multi-position flaps levers, trims of all sorts and many many more controls are coming your way soon and for a wide range of aircraft. 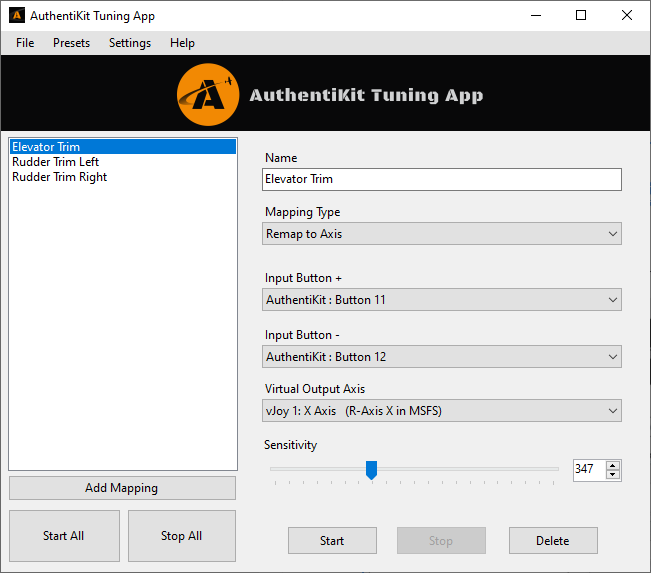 The AuthentiKit Tuning app is now launched. We plan to use the app for a range of things going forward but for now it’s primary role is to allow trim wheels to be calibrated correctly. Once you dial in the correct sensitivity the elevator trim (for example) should move in the sim at (almost) exactly the same speed of rotation as you are moving it physically. It works by converting the encoder/pulse based trim wheels into a virtual axis. You don’t need one-to-one of course as you may wish for more sensitivity or quick rotation. It’s up to you.

When we started this project the greatest mismatch of physical to virtual seemed to occur in MSFS and that was our focus, however plenty of people have also said that there are problems in DCS and other sims and this app will work with any of them.

The issue of trim wheel synchronisation is not unique to AuthentiKit. In fact it’s a theme that is often discussed in DIY forums and has even been problematic for commercially available trim wheels. This app will work with any encoder/pulse based trim wheel so it might be useful for users of Flight Velocity Trim Wheel V1 as well as DIYers.

A huge debt of thanks is owed to Ian Colman who has worked for many months on this project, often at the limits of his knowledge and experience. He tells me he learned a lot from this project but it consumed an awful lot of his time. I’m sure the entire AuthentiKit community will be very grateful Ian as it is an excellent product.

If you’re wondering, the app is free just like all other AuthentiKit downloads.

Find out more and get the download link here